The research group consists of three laboratories, Fusion Plasma Science and Engineering, Non-Equilibrium Plasma Science and Engineering, and Plasma Nonlinear Phenomena Science and Engineering, which are collaborating on experimental studies using basic plasma experimental devices (PANTA/PLATO). Especially, we focus on plasma turbulence. In plasma fusion reactor, the plasma is confined by a magnetic field and turbulence excited by strong plasma pressure tries to expel the plasma. Overcoming this plasma turbulence is an important key to realize a fusion reactor. We have developed methods (multi-color tomography, heavy ion beam probes) to observe the turbulence inside the plasma, which is usually invisible, and are testing them in the PANTA and PLATO. By using these observations and advanced data analysis, we will discover new properties of turbulence. For example, we are investigating the phenomenon of abrupt plasma ejection due to turbulence (similar to solar flares). The triggers, detecting the precursors, and predicting the onset of it. In addition to fusion plasmas, we are working on the generation of scale-down models of astrophysical plasmas in the laboratory to understand astrophysical plasma dynamics. 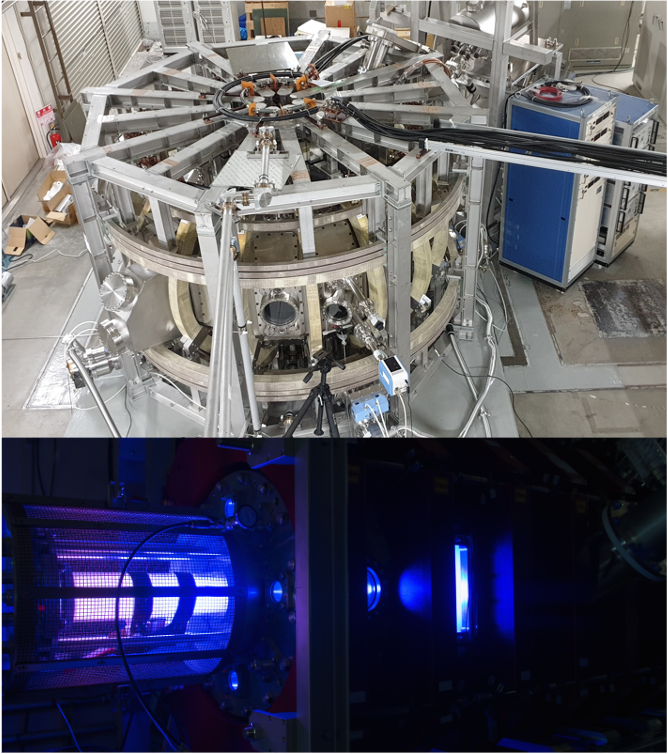