Department of Mechanical and Aerospace Engineering opens up the future 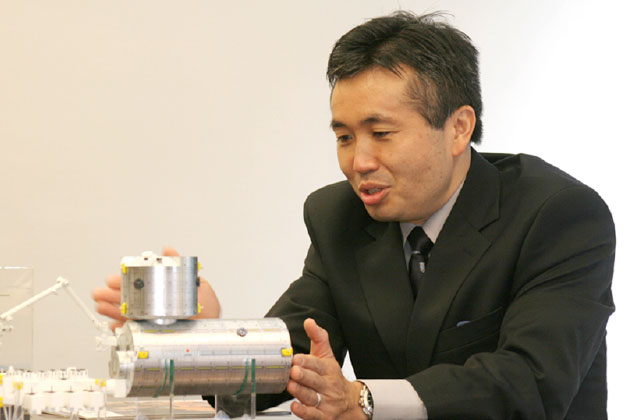 Dr. Koichi Wakata provides an explanation of the Kibo module at a reporting session at Ito Campus upon his return from the International Space Station.
(Tuesday, November 24, 2009)

The Department of Mechanical and Aerospace Engineering nurtures technicians and researchers who will be responsible for continuing Japan's global preeminence in "monozukuri", or innovation and manufacturing, a field in which Japan has remained unsurpassed to date. Mechanical engineering is an area of learning structured around perspectives of the dynamics of various things relating to monozukuri. Diverse knowledge of mechanical engineering is essential not only for electrical products and automobiles, which feature prominently in our daily lives, but also for the design and manufacture of high-precision components used in various products such as rockets, aircraft, robots and computers. Mechanical engineers and researchers also play a central role in various energy and environmental fields, including thermal and nuclear power generation and waste disposal and processing.

Given mechanical engineering's place at the heart of all things related to monozukuri it is essential to acquire a grounding in a variety of basic knowledge. The Mechanical Engineering Course offers a curriculum designed to nurture people who can respond to any situation in all kinds of areas. In addition, the Aerospace Engineering Course offers a curriculum that will enable students to acquire the essential knowledge for the production of aircraft and spacecraft, as well as nurturing broad perspectives. Both of these courses aim to not only provide students with knowledge, but also to give them the tools to apply that knowledge practically. To date we have produced many young engineers who have the ability to open up a path to the future. One of those graduates is Koichi Wakata, the astronaut, who has worked on the International Space Station (ISS) on a joint project between Japan and the international community. The spirit of challenge and the academic fundamentals that helped Dr. Wakata work towards the realization of the Japanese Experiment Module (nickname: Kibo (hope)), which is a cutting-edge science and technology research facility in space, were developed at Kyushu University.

Going forward, we must work hard towards the realization of a society in which people can live with peace of mind. A number of difficult issues face us, including energy, environment, food supplies and the aging society, and we intend to nurture young and challenging minds who have the courage and fortitude to resolve these issues. 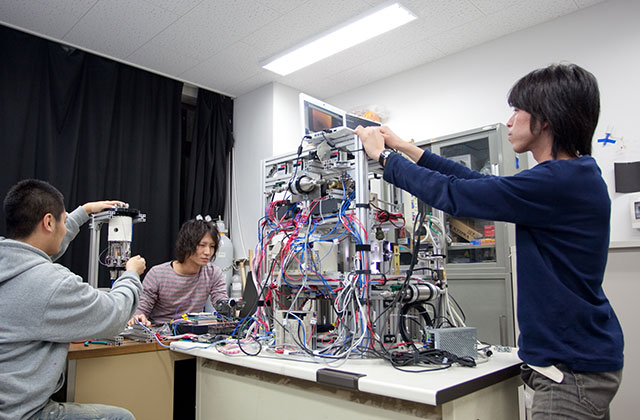 On the Mechanical Engineering Course at Kyushu University we aim to nurture first-class researchers and technicians who will take a leading role in the world of science and technology. In order to achieve this we believe that it is important for students to acquire a basic knowledge of all areas of mechanical engineering, as well as an understanding of how to apply that knowledge. Accordingly we have finely tuned the curriculum to include the necessary courses, including the four major areas of dynamics (thermo, machinery, fluid, material strength). In addition, based on the belief that classroom lectures should be supplemented by practical opportunities for learning, the course also includes creative design, technical drawing, machinery operation, and mechanical engineering experiments. The acquisition of broad-based basic knowledge and an overall sense for mechanical engineering is vitally important when students go on to explore specialist areas of learning at graduate school and develop ideas in cross-disciplinary areas, such as bio- and hydrogen energy engineering. Furthermore, as a means of enabling students to fully realize their creative potential, there are a number of challenges that are supported by the course, including a robot contest (see photo) and the "Birdman Rally." In the course of work towards their graduation thesis students can experience world-leading research activities. One example is research into uses of hydrogen, which has the potential to contribute to a low carbon society of the future. Kyushu University is one of the major hubs for research into hydrogen, including fuel cell batteries and materials that use hydrogen. In addition to ambitious research in all fields of mechanical engineering, efforts are also being made in research that will be useful for the aging society of the future.

We hope that students who study mechanical engineering at Kyushu University will seek out the ultimate in knowledge and technology with a spirit of challenge, and will become eminent technicians and researchers of the next generation. 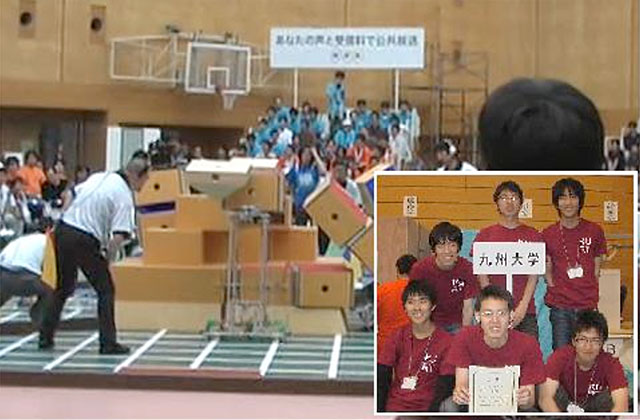 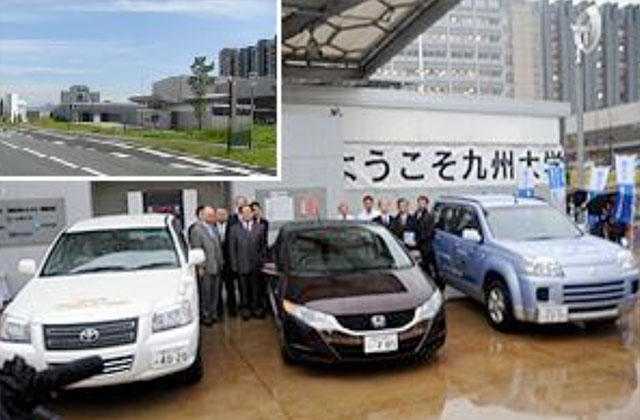 Research Center for Hydrogen Industrial Use and Storage (HYDROGENIUS) and a fuel cell vehicle: Test vehicle capable of running for 1,100km 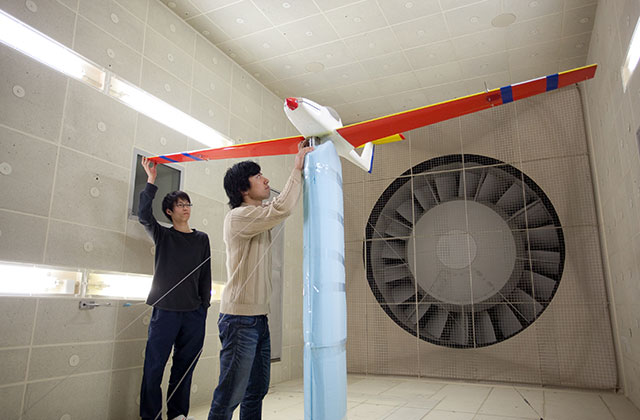 Aircraft including passenger jets fly through the atmosphere, spacecraft including satellites and planetary exploration modules fly through space, and rockets and space planes fly through both the atmosphere and space. All of these craft are man-made, capable of movement in three dimensions and are developed based on common principles of science and technology. Japan has its own aerospace industry, including the development of the Japan-made MRJ passenger jet and the H-IIB rocket. The construction of the Japanese Experiment Module (nickname: Kibo (hope)) and the experiment using the small near-earth asteroid exploration module Hayabusa are both still fresh in our memories.

Aerospace engineering is an academic field focusing on specific things like aircraft and spacecraft mentioned above. It is characterized by the way all technologies and knowledge from every field of engineering are synthesized to rationally and logically create something in a lightweight form that is capable of flight. In particular, the chief character of the Aerospace Engineering Course is its prioritization of training in the laws of engineering through application of mathematics and dynamics. The university also maintains one of the leading experimental facilities in the country in order to support education and research covered by the course.

Since ages past it has been mankind's dream to fly. Since the dawn of flight we have now moved into a new century and the new dream for humanity is to travel into space and to the stars. By studying on the Aerospace Engineering Course we believe that students can contribute to the pursuit of that dream. 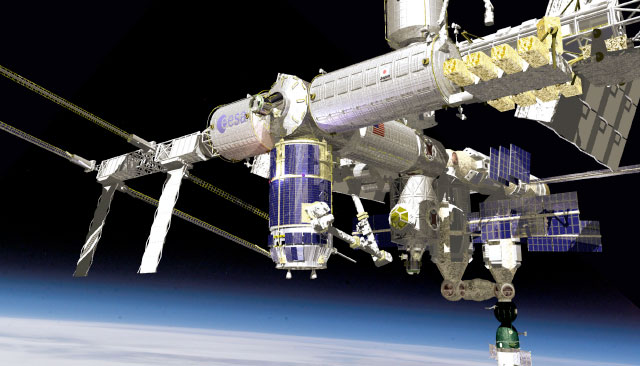 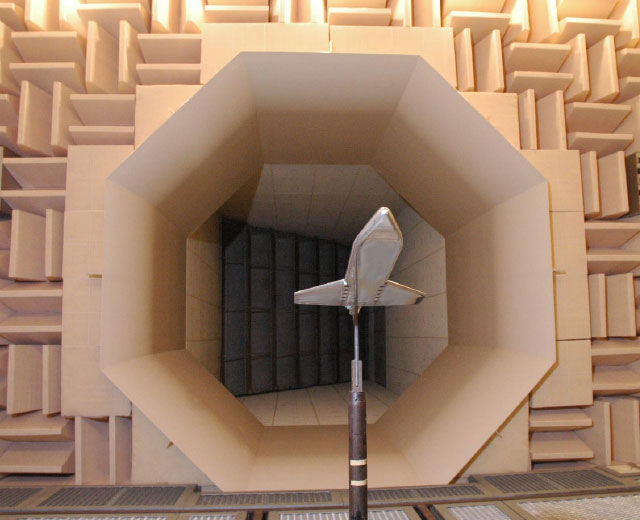 Noise-reduction wind tunnel used on the course (Two measurement locations at 2m and 3.5m, under a maximum wind speed of 60m/s)